The canine sense of smell is notoriously powerful, and humans have capitalized on this by training scent dogs for a wide variety of purposes: as trackers, drug dogs, explosives ordinance K9s and dogs that can detect human smuggling.

END_OF_DOCUMENT_TOKEN_TO_BE_REPLACED

Therapy dog training must begin long before a handler brings his or her dog to be evaluated for certification. The process isn’t always easy and it isn’t for everyone – or every dog.

END_OF_DOCUMENT_TOKEN_TO_BE_REPLACED

Caring for a Senior Dog

Canine fitness and nutrition needs are surprisingly similar to human needs. This is especially true of older dogs. Just like humans, as dogs age their bodies and minds may suffer.

END_OF_DOCUMENT_TOKEN_TO_BE_REPLACED

While there have been numerous reports of dogs rescuing humans on their own accord, it wasn’t until recently that canine water rescue training became organized – and highly specialized. Today’s water rescue K9s can rescue even a very large unconscious man from moderate currents. However, they are also being trained to work jointly with human rescuers such as lifeguards, to tow small water craft and to bring buoys, ropes, rings or other equipment either to shore or to a boat or person from shore.

END_OF_DOCUMENT_TOKEN_TO_BE_REPLACED

Canine search and rescue training involves a variety of highly specialized skills on both the part of the dog and the handler. While in recovery situations this calls for the use of a cadaver dog, live target situations require a K9 that can locate an individual using one or a combination of three locating techniques: Trailing, Air Scenting and Tracking. Each has its own very specific applications and one should not be confused with the other.

END_OF_DOCUMENT_TOKEN_TO_BE_REPLACED

High altitude and avalanche rescue canines are some of the most highly trained and capable dogs in the world. At ski resorts and in mountainous regions all over the world, K9 avalanche rescue dogs are a critical part of improving the survival rates of the inevitable buried hiker or skier. Because most victims survive if they are rescued within half an hour, the extremely sensitive scent receptors of a fully trained and certified avalanche rescue dog may be the only thing standing between a speedy rescue and tragedy.

END_OF_DOCUMENT_TOKEN_TO_BE_REPLACED

Cadaver dogs are among the most highly specialized working dogs in the world. While not as prevalent and publicly lauded as general search and rescue dogs, explosives canines and drug dogs, cadaver dogs nonetheless are critical to crime, missing persons and disaster scenes. Trained to locate and passively indicate the presence of whole or articulated human remains, cadaver dogs are responsible for bringing justice and closure to thousands of people and communities every year.

END_OF_DOCUMENT_TOKEN_TO_BE_REPLACED

Canine separation anxiety is one of the most difficult problems facing some dog owners today. In fact, this condition has been cited as a primary factor in the euthanization of tens of thousands of dogs each year. This is disturbing considering that separation anxiety in dogs is not a behavioral problem- it’s a reaction to a situation that most dogs would not be subjected to under natural conditions.

END_OF_DOCUMENT_TOKEN_TO_BE_REPLACED

Security Issues For The Modern Woman

Women in today’s society are more at risk of being victims of a crime than ever before. This is partially due to changes in society, increasing incidents of violence, robbery and sexual assaults as well as increased levels of personal information available over the internet. This book will outline the various areas of security risks for women as well as provide research and information about the issues. The final section of each chapter will highlight strategies and tips that women can use to protect them and minimize the chance of these issues becoming problematic. 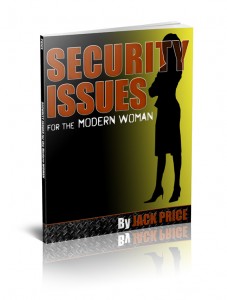 US Navy Seal dogs might be enjoying a surge in public admiration since the raid on Osama bin Laden’s compound, but the fact of the matter is that the Navy has been employing war dogs for decades. Trained to do most things a regular sailor can do and many things he can’t, these battle canines are elite warriors credited with saving thousands of lives. But don’t be caught on the wrong side of the battlefield, because these warriors can take a life just as easily as they can save one.

END_OF_DOCUMENT_TOKEN_TO_BE_REPLACED

K9 Lyme disease is a growing and dangerous threat- especially in the United States and Europe. And while countries such as Australia are largely free of this concern, disease-laden ticks are often brought to Lyme-free zones on animals from other countries; including household pets and livestock.

END_OF_DOCUMENT_TOKEN_TO_BE_REPLACED

Dental care for dogs is a critical part of pet ownership: your dog’s quality and longevity of life is directly related to the level of dental care it receives.