Caring For A Retired Combat Dog

Life in a combat zone is stressful for our soldiers. They are far from their home and loved ones, and their lives are at risk every day. 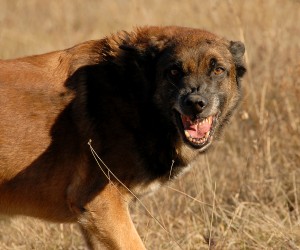 However, it appears that their four legged partners take things in their stride. A Belgian study that was completed in 2008 suggested that Military Working Dogs adapt to environmental challenges very well, and their blood tests indicate that they aren’t chronically stressed.

There are times when Military Dogs can suffer from stress, and this can be manifested in changes in their behavior. This is obvious from another study in the United States in 2007. Over 80% of discharges from active duty in dogs less than 5 years of age were for behavioral problems.

When a dog experiences a sudden and severe shock, such as the sound of a bomb detonating nearby, they can get such a fright hat their behavior changes completely. They may become extremely aggressive and attack anyone they see. They may become a nervous wreck and tremble at any loud noise. Either way, they are no longer able to do the job they were trained for.

It costs many thousands of dollars to train a Military Dog, and they are an important part of the military effort in regions of conflict. It makes sense that any behavioral problems should be treated as soon as they arise. Veterinary behaviorists are always available to help manage these issues, and treatment often includes behavior modifying drugs and an intensive retraining program. If this doesn’t work, and the dog is still unsuitable for duty, then they are retired.

As dogs are creatures of habit they will adjust to your way of doing things from the get go if you avoid being inconsistent. Do not punish your dog for not doing things exactly as you want them done. Your dog has served your country and deserves to be cut some slack.

In Summary – While Military Dogs don’t appear to be too stressed by their unorthodox lifestyle, it’s vital that their handlers watch for any signs of distress. Such signs can include weight loss, diarrhea, self- mutilation or other behavioral problems. Under these circumstances, the handler must seek professional help for their canine companion.