Why The Pit Bull Got Banned

You wouldn’t ban Thoroughbreds if you were against horse racing because there is no logic to this. So where is the logic in banning the Pit Bull? 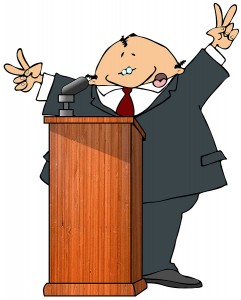 The answer of course, is that you don’t need logic when you have power. The power to make laws and have them enforced is absolute and unless you can physically stop the law maker by way of introducing an enforceable law of your own, then you are stuck living the life they have determined is suitable for you and your loved ones.

The Pit Bull was banned because it threatened votes not voters. The politicians were fearful that political pressure would mean an end to their rein so they succumbed to their weakness and vanity and put politics before logic.

The law’s underlying purpose was to prevent the State from being sued. So like most laws passed today, which protects the State, this law was quickly passed.

Is it wrong for the State to protect itself? No it isn’t, and I guess the problem is that people always want to sue the government for everything that goes wrong, essentially backing them into a corner and asking them to act fast and make a decision. Then when they do make decisions under pressure, they make the wrong one – and we suffer.

Society needs to empower itself and not be so dependant on politicians to lead us like sheep. Had the entire dog owners community united and come up with a solution to our problem then we would not have had to shoot ourselves in the foot by letting the lawmakers decide for us. Lawmakers make laws with the self-serving purpose first and then sell you the idea that it’s all about you.

I believe the answer should have been to recognize that a dog needs to be categorized and managed accordingly. This means that an owner should do a course which teaches correct and suitable animal management for their categorized dog. This way the owner is aware of better handling and safety procedures. It’s the same principle of doing a gun safety course.

Will this stop criminals from doing what they want anyway? No. But neither will banning a breed. At least the entire nation doesn’t have to suffer and the State has met its obligation by providing us with a reasonable solution.

As dog owners we have to be responsible for our dogs and not let their future lie in the hands of our politicians. Is that so unreasonable?

In Summary – As dog owners we definitely failed the Pit Bull – I have no doubt that this law was a mistake. Will dog owners make this mistake again? Yes – Probably. Let’s see what happens when Politicians start adding other breeds of dog to the banned list.

What do you think?